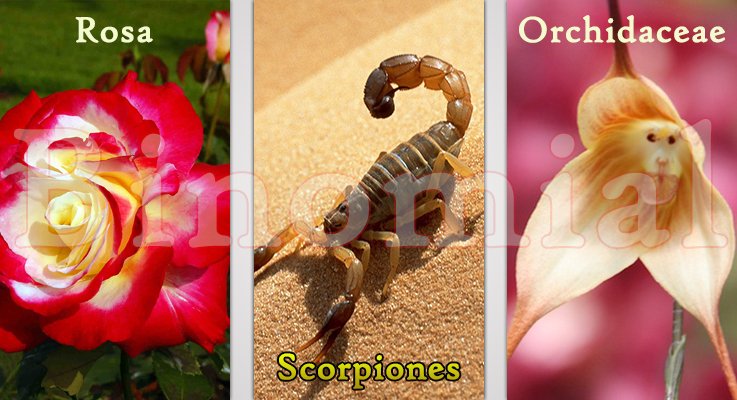 Natural classification of living organisms defined 3 types of organisms as animals, plants and microorganisms. It didn’t stop from there and scientists improved that classification to classify all 3 main types into more sub groups. As you know world also classified into various parts or regions to what we call continents, countries, islands …

That made a trouble for the world to understand the researches made by scientists other than in English language, because they used their common name according to their language. Therefore, scientists wanted to have one specific name to call one organism.

This name is known as scientific name of the organism which is accepted internationally.

If you had a chance to learn another language, you have came across 2 different names to call one animal. Let’s take the man’s best friend dog as an example. We use dog in English language, Kutti in Hindi, Inu in Japanese, Sabaka in Russian, Chien in French and so on in other languages.

Suppose you meet a Spaniard tomorrow and what if he asks you about your Perro. Would you realize what he asked? Yes, Perro means dog in Spanish. I hope it makes sense you about the problem arose with this. That’s why it is required to have a single name to call an organisms in anywhere of the world.

Do you remember the scientist, Carolus Linnaeus? Yes, he’s the one who introduced the initial concept for classification of living organisms, but he didn’t stop from there. Carl introduced the Binomial Nomenclature.

Each organism gets two nouns according to their nomenclature, this is know as Binomial Nomenclature.

However structural characteristics have little or no significant impact on nature of flowers or fruits due to environmental conditions.

Genus or Generic name is a combination of many species who have common relationships among them. Let’s take types of Mangoes as few examples.

This is just like grammar in English, you have to follow few rules to make it right with Binomial Nomenclature. Always it starts using the generic name with a capital letter, species will follow after the generic name.

There is a type of mango endemic to Sri Lanka known as Etamba in common name. Scientific name given to it is,
Mangifera zeylanica
– Generic name is the Mangifera
– Species name is the zeylanica

Also the scientific name should be accepted internationally.

I’d like to give you something to think. A mule is the offspring of a female horse and a male donkey. Usually mule cannot produce its own offspring because it is sterile. So are these horses and donkeys in the same species? Or are they belonging to 2 different species?